Bleeding Through totals trailer in accident

While en route to Albuquerque, NM for a stop on their current farewell tour, Bleeding Through were involved in a vehicular mishap in which their trailer was totaled. The group had the following to say:
"Well boys and girls this happened again. Good news is no one is hurt and other than a totaled trailer we are fine. We loaded all the gear in the van and are trying to make it to Albuquerque." 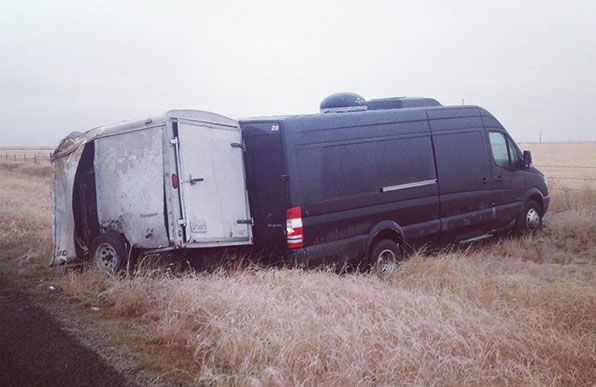 Fortunately, this was obviously a less serious accident than the one endured by the band in 2003. As of two hours ago, Bleeding Through was back on the road and on their way to Albuquerque.