Wed, November 6, 2013 1:23 PM PT10,810 views
As planned, Trap Them recently entered GodCity Studio in Salem, MA with engineer Kurt Ballou to begin recording their next album for Prosthetic Records. Drum tracking has now been completed, and interestingly, former The Red Chord drummer Brad Fickeisen (seen below) was behind the kit, rather than Trap Them's Chris Maggio. It's not yet known if Maggio is still in the band, but he has been performing with ex-Poison The Well guitarist Derek Miller's popular outfit Sleigh Bells as of late (along former Poison The Well bandmate guitarist Ryan Primack). Fickeisen had the following to say: "It was a pleasure and honor to work with Brian, Galen, Ryan, and Kurt Ballou. Can't wait for the final product." 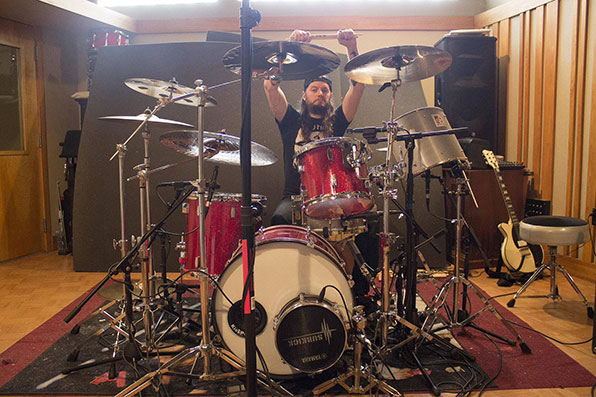