Dustin Albright, guitarist for Kansas City hardcore band Renouncer, claims that he was assaulted by drummer Jason Shrout during a band practice session. Albright had the following to say last week:
"Tonight during a writing session for our first full length, an argument ensued outside between myself and our now former drummer Jason. To be clear, he sucker punched me from behind, knocked me to the ground and before I could even react he grabs me by my hair and starts smashing my face over and over again into the pavement. That's not to say I didn't find a moment to successfully fight back - but it was unwarranted, and it was a pussy move. He eventually dodged off in his truck, and I managed to call 911. Charges have been pressed, and I am taking this matter very seriously. So as of now, Renouncer will be looking for a new drummer. Details on requirements will come soon enough, but to start off with, you must be straight edge, and you must act like a TRUE sensible friend and not a little fucking bitch. Thanks in advance for your concern."
On Wednesday, Renouncer issued the following update: "Former drummer Mike/Mark Lee will be shredding with us at Harm's Way while Jason Shrout sits behind bars. Straight Edge Revenge." We're not sure if Shrout, who has previously drummed for Trial and Eighteen Visions, is actually in jail, and he has yet to comment publicly. 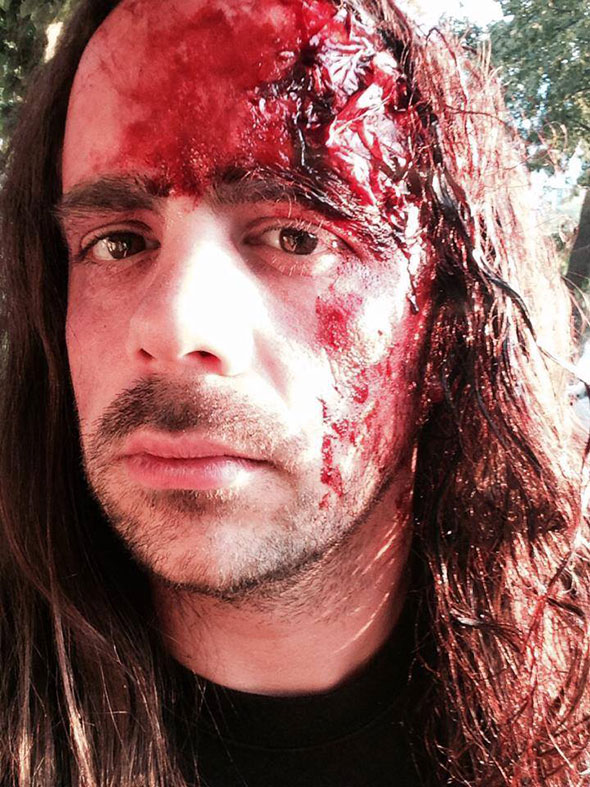