Long Island, New York hardcore punk outfit Stray From The Path has confirmed plans to release their next album later this summer. 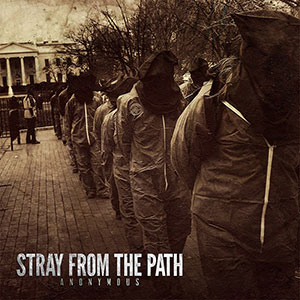 Titled Anonymous, the album was recorded with Will Putney and will hit stores on September 17th via Sumerian Records. A video for their new song "Badge & A Bullet" can be viewed below:

Tags: Sumerian RecordsStray From The Path