Sun, June 2, 2013 12:51 PM PT12,980 views
David DiSanto, vocalist and guitarist for progressive thrash band Vektor, was apparently arrested yesterday at the Scion Rock Fest in Memphis, TN for throwing beer on a protester. Details have yet to surface, but according to Municipal Waste, who also preformed, DiSanto "got locked up for throwing a beer on a Christian protester." Photos published by Earache Records and Municipal Waste can be viewed below. UPDATE: Vektor has issued the following statement:
Alright alright alright. As many of you know it was an intriguing evening in Memphis after the show itself (which did rule, thanks to you all, by the way). We'd like to clarify a bit though, the blurb going around is sounding a bit misleading. 1. "Threw a beer" does not mean "chucked a glass bottle", or even a can/cup. (allegedly) beer was splashed out of a plastic cup, no violence. 2. He's not locked away or anything, only a misdemeanor... We are getting a well needed chuckle from all the FREE DAVE/FREE VEKTOR stuff though. Even though you guys have put a somewhat positive spin on it, it was a stressful ordeal for everyone involved last night, and all before an early morning flight. He is safe and sound though. We are still missing details, as none of the 3 of us actually saw what happened and haven't been able to communicate with him whatsoever since. Thanks for your amusing support, nothing remotely like this has ever happened to him (or us) so we're kind of dizzy. Pretty absurd, but not the end of the world or anything. We probably shouldn't say much more yet, and we have yet to see if or how this will affect things. It is unfortunate, but what's done is done and hopefully the consequences are as mild as the (alleged) act.
UPDATE #2: Details have yet to be revealed, but DiSanto is apparently in the clear. According to the band, "we've received word that David's case was dropped completely. We are very relieved!" UPDATE #3: David DiSanto has now issued a statement on the matter:
"Hey everybody, David here. I've spent the past few days settling into "normal" life and enjoying being home, so even though the coals may have cooled a bit since this weekend, I wanted to give my side of the story. "A lot has been said about what happened, and I just want to clarify a few things. I did not haul out and throw a beer bottle at someone. I was around someone who I felt was antagonizing an event and people I cared about. I was annoyed, and I had a beer in my hand. (Something I'm sure many of you can relate to.) What I did was a momentary lapse in judgment, nothing more, nothing less. "I'm not some meathead or asshole who would pick on someone for their beliefs. I don't give a shit what anyone's personal beliefs are (unless their beliefs include hatred towards a specific gender, race, or sexual orientation – those people are assholes). What the protester was doing wasn't right – but now that I look back on it, what I did wasn't right either. I do believe that people have the right to protest, but I guess I draw the line when it borders on insanity. People who show up at a public gathering spouting their extremist beliefs would better serve society in a mental institution. "What I learned from this was that nobody should try to spread their message by antagonizing other people. I didn't change his mind, and he didn't change mine. Vektor has always been about spreading the truth of science, the errors of mankind, and thinking for yourself. Organized religion doesn't always mesh with what we stand for. In a way, I hope that this at least gets people thinking about the problem we have with communicating with each other. There are a lot of things that I feel strongly about. That's why I write the lyrics I do – and I'm stoked when fans (like all of you) find that message and support it. However, I'm not going to go to a church and start blasting "Dark Creations, Dead Creators" at the people there, haha. "And, for the record, being in jail FUCKING SUCKS, especially when you're the only longhair in the joint, haha. I was arrested at 10pm on Saturday, and wasn't released until 5am Tuesday morning. I got seriously lucky with the judge and the public attorney assigned to my case (hence my charges getting dropped), and I escaped unharmed (no horror stories here). I made a stand for what I believe in, and there were consequences. It happens. "Anyway, I guess I've said enough. I do want to thank everybody out there for having my back (all the "FREE DAVE!" posts have been cracking me up, haha). Honestly, I had no idea word would spread like it did. I also want to thank my kick-ass wife Katy for supporting me while I was cut off from the outside world, and going ape-shit on everyone at the jail in order to expedite my release. "ALRIGHT THEN! That's that. I look forward to seeing all you humanoids the next time VEKTOR invades your town, and in three weeks we will be making our debut in Europe at HELLFEST! FUCK YEAH!! SCI FI OR DIE!" 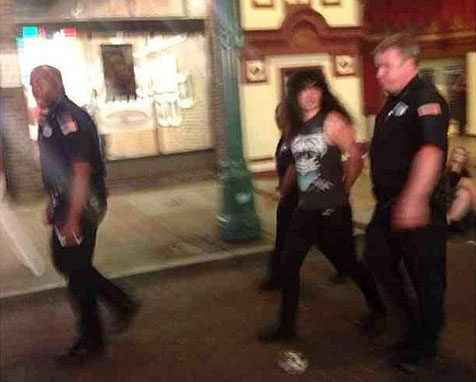 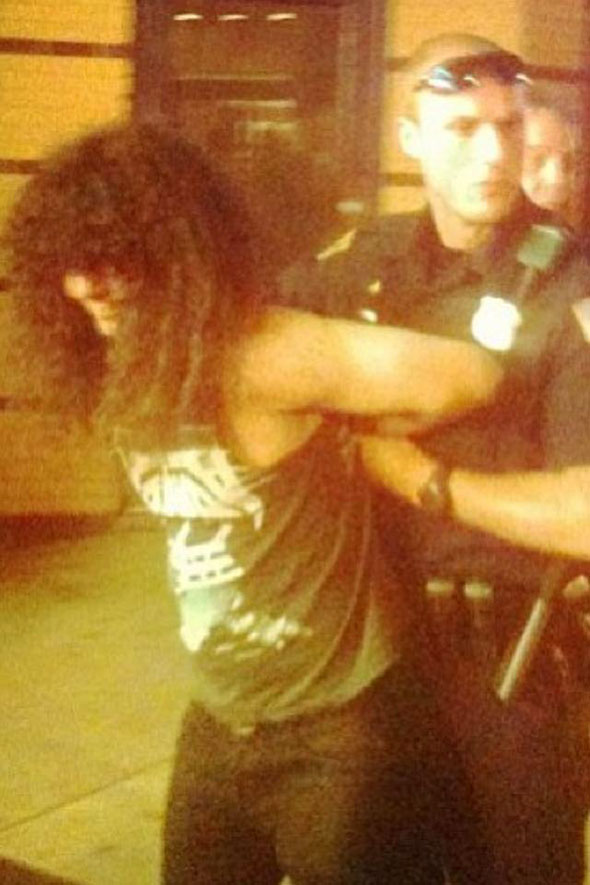