Official press release: Monolithic Records are incredibly excited to announce the capture of Richmond, Indiana-based grindcore duo Sockweb for the release of their debut album Werewolf. 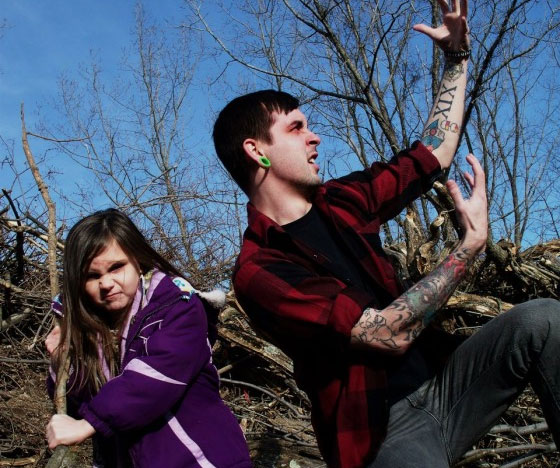 Sockweb captured the imagination of the online heavy metal community recently when their songs "I Want Pancakes," "Broken Glass Swan Dive," and later "Werewolf" (the latter of which features Erik Ebsen of Spiralmountain) went viral. The reason for the consternation? Sockweb are a father/daughter combo where the daughter is just seven years old. The output is some of the most adorable grindcore ever heard by human ears; daddy Adam "Blackula" Young writes and records the music, as well as supplementary vocals, but Joanie "Bologna" Young provides the primary vocal outlet, and ever since the earlier songs her chops have grown increasingly more brutal. With topics ranging from pancakes to being grounded forever, Sockweb are something truly unique in the scene, and we're pleased to be able to present a brand new preview track: "Bullies Are Mean," which is available here: