Monday, November 19, 2012 11:34 AM PT / 6,936 views
Shai Hulud has titled their new full-length Reach Beyond The Sun. As noted in September, vocals for the album were contributed by Chad Gilbert, who also served as producer. The effort will hit streets on February 19, 2013 via Metal Blade Records and the cover art can be seen below: 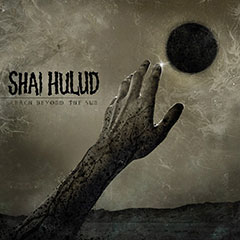 Moreoever, the band has uploaded a teaser for the new album: