Between The Buried And Me tour bus catches fire

Tuesday, October 9, 2012 1:50 PM PT / 5,861 views
The tour bus Between The Buried And Me is sharing with Periphery while on tour in Europe caught fire this morning in England. Fortunately, no injuries or equipment damage was reported. BTBAM had the following to say:
"Fuel line done broke. Dadgum flame come shootin out. Peeewwww eeehhhhh sometin' stank. Crazy British feller come hollerin, 'Bus on fire, ya'll git.' Climb up the ol' hill barefoot and look back at them flames shootin sky high. Firemen folk come rushin up real quick like and squirt that fire plumout. It was lucky nobody was hurt, not even a stubbed toe. Luggage stank like a Mississippi cow pie on a mid july heat. Hopefull, come tomorra, a new horse n' buggy come. We'll giddy on up to Belgium town for a good ol' fashioned hootnanny. Whoo-Doggies!!!" 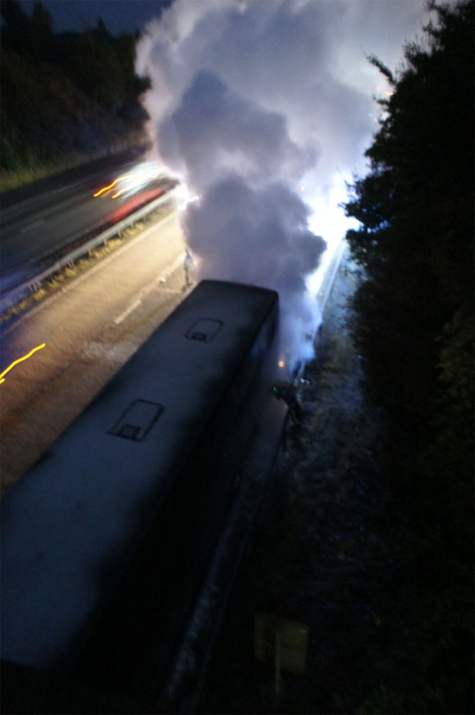 Tags: PeripheryBetween The Buried And Me