Attack Attack! new album due out in January 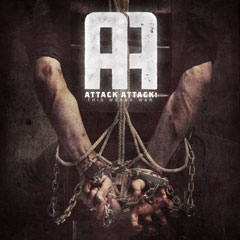 A headline tour kicks off January 26th in Columbus. The trek, dubbed the This Means War Tour, will feature support from The Ghost Inside, Sleeping With Sirens, Chunk! No Captain Chunk! and Dream On Dreamer.