Lamb Of God has set January 24th, 2012 as the release date for their next album, titled "Resolution." Produced by Josh Wilbur, who also produced the band's last album, the effort will feature 14 songs and artwork by longtime art director Ken Adams. The album was recorded in various studios in Virginia and New York. 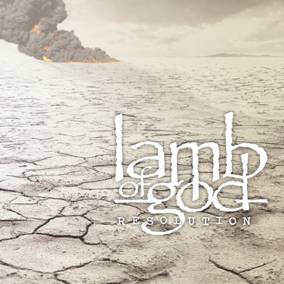 Pre-orders for the new album will begin today and will feature multiple premium bundles. On November 15th, the band will announce the first leg of what will be a two-year world tour. "Resolution" track listing: 01. Straight for the Sun 02. Desolation 03. Ghost Walking 04. Guilty 05. The Undertow 06. The Number Six 07. Barbarosa 08. Invictus 09. Cheated 10. Insurrection 11. Terminally Unique 12. To The End 13. Visitation 14. King Me