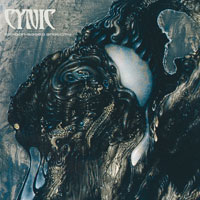 1. Amidst The Coals 2. Carbon-Based Anatomy 3. Bija! 4. Box Up My Bones 5. Elves Beam Out 6. Hieroglyph The artwork was designed by the great Robert Venosa, the artist behind the cover artworks of "Focus," "Traced in Air" and "Re-Traced." We regret to announce that Robert passed away last month. RIP. Paul Masvidal describes this new EP as "both a philosophical as well as a musical journey, one that begins in the Amazon jungle on the lips of a shamanic wisewoman (as portrayed by Amy Correia) and ends in outerspace." Last but not least, the fans will be excited to know that all bass parts on "Carbon-Based Anatomy" were recorded by Sean Malone.