Least Hated: As Friends Rust 'The Fists Of Time' 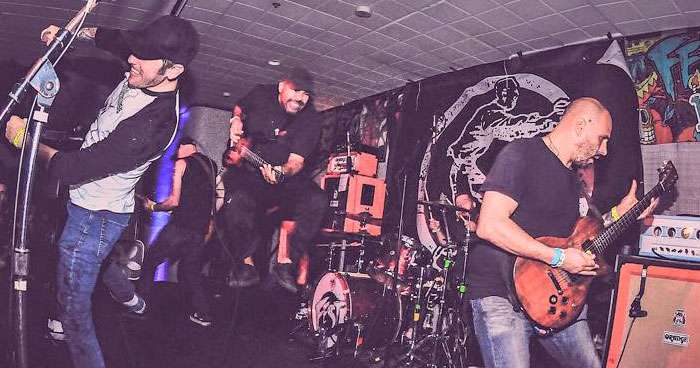 Few bands represented the diverse nature of the nineties underground music scene as Florida’s As Friends Rust did. An amalgamation of punk, hardcore and emo, their sound embodied the entire spectrum of independent music and culture at the time. While their songs mixed blasts of up-tempo energy with indie rock melodies and ear-catching hooks, it was the sarcastic lyrical stylings of vocalist Damien Moyal that helped craft the band’s identity. The satirical nature of the songs broached sincere topics, but with a tongue-in-cheek affect that kept the band from being bogged down in the sometimes overly serious nature of hardcore music. 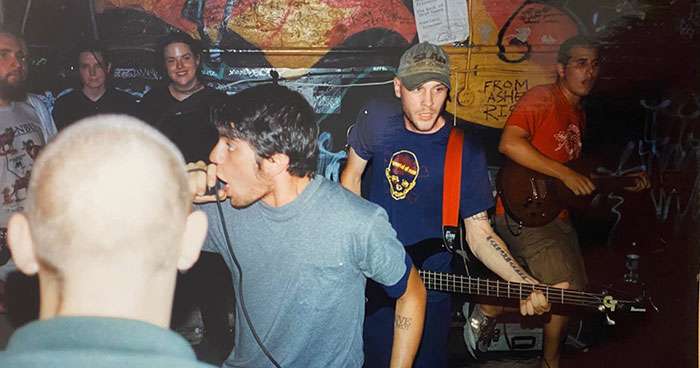 On their debut EP, The Fists Of Time, As Friends Rust crafted five uniquely memorable songs, fusing often-paradoxical ideas with seamless transitions. The blend of styles from heavy chugging riffs to mellow, serene passages wasn’t necessarily something novel, but the way the band put them together stood out from the pack. Just like the music, Moyal’s vocals bounced between the gritty scream he used in his previous, more metallic bands Culture and Morning Again, and a half spoken-word, half-sung delivery, often with off-time overdubs, creating his own signature sound.

On “Encante” and “When People Resort To Name Calling” the band swaps melodic and heavy sections early on, dropping out into airy, ethereal bridges. When Henry Olmino’s guitars go quiet, As Friends Rust’s rhythm section steps up. Bassist Jeronimo Gomez and drummer Matt Crum lock into a groove, particularly on “Encante,” as they drive the song back into its noisy conclusion. The albums closing track “Broken Brain” digs into more chaotic, shifting rhythms while still maintaining the bands melodic aesthetic, taking the extreme end of their style up a notch.

On “Ruffian” As Friends Rust spastically trade moments of ringing clean guitar chords with a ferocious, mosh worthy breakdown at two different points in the song. Moyal, poking fun at hardcore’s macho tough guys, sings “So you’re a man / When you do what your man hands can?” and “You came to prove your might / It’s such a brutal sight / Jab right, left, uppercut / And on your face is pure delight.” It’s an example of the singer’s cheeky style of word play which would continue for the rest of their existence.

The Fists Of Time’s opener, “Home Is Where The Heart Aches,” a song about strained familial relationships, was recorded with a different lineup, and it sounds that way. The track takes on the more punk-inflected feel that As Friends Rust would take on their self-titled follow up EP, but doesn’t necessarily sound out of place, particularly on the reissue version that places it as track 2. With the addition of the more post-hardcore sounding “The First Song On The Tape You Make Her” at the beginning and a faithful cover of Circle Jerks’ “Operation” at the end, the reissue not only has a longer run time, but a nicer flow, making an already great record even better.

As Friends Rust would release a handful of EPs and one full-length album in the years following The Fists Of Time, each one worthy of listening. The band would stray towards a more punk and indie rock style later on, abandoning the screams and chugga riffs for catchier hooks. And while Won, their 2001 LP, would find the group writing songs with more defined verses and choruses, and reaching new audiences, they would split up shortly thereafter. They would unfortunately go down in the annals as a great band that never got their proper due.

Your review was more boring than church

Colin shows his undying love for As Friends Rust yet again, some things never change!

Colin shows his undying love for dick yet again