Will Ramos (Lorna Shore): Six Songs To Die With 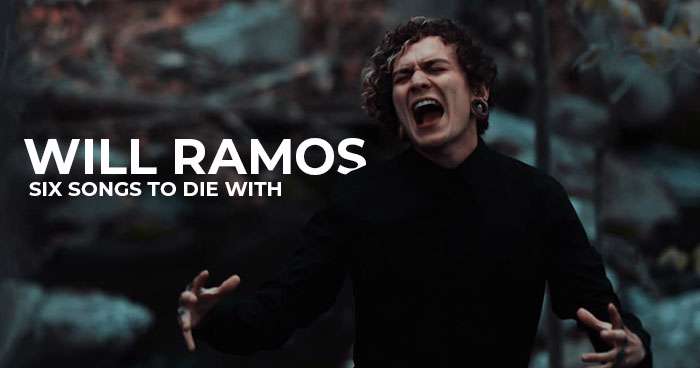 We have neither the budget nor the imagination of BBC Radio, so we've borrowed from their Desert Island Discs program to bring you our own scaled-down version, dubbed Six Songs To Die With. We ask a noteworthy musical guest to select the six songs they'd be stranded with on an obligatory desert island. Hypothetically, said guest will be dying on this island, so they've been advised to choose wisely. Selections appear in no particular order.

"A Sense of Purpose"

Will Ramos: Why? Because In Flames is my favorite band and this song/album has been a staple in my life. I've listened to this album more times than I care to admit.

Will Ramos: The Goonies is my favorite movie. If you know this movie, I guarantee you'll know this song.

Will Ramos: In my family, I grew up listening to Hispanic music, 80's disco and Seal.

Will Ramos: Another banger that I grew up with. Every time I hear this song, it brings back memories.

Will Ramos: This song is one I used to listen to in the car with my mom almost every day. She used to have a cassette with the most random hits... and this is one that stuck with me.

Will Ramos: Still Woozy has become one of my favorite artists over the past several years. This song specifically has been my number 1 on Spotify since the moment it came out.

^Listen to these retards that like terrible 5th tier metalcore bands from the mid 2000s about good taste in music, lol

People who hate comment on fluff articles are as pathetic as they are useless. Will slays.

interesting picks. I do love some bomba and In Flames

This guy really went all out on those descriptions.

I've got tshirts older than this kid

This guys descriptions and song picks are just as bad as Colin's reviews.

Motherf*cker called it "Kiss BY A Rose"…You'd think he's the name of one of his favorite songs right….

Jesus Christ I want to punch this guy over these answers

you've got to be f*cking kidding me

No Limp Bizkit, no care.

"In Flames - A Sense of Purpose" You failed the test. Also, very shitty list of songs. Come back when you know anything from The Jester Race till Clayman. Sincerely, In Flames fans