A look at the most-viewed news stories in the metal and hardcore scene during the month of November 2021. 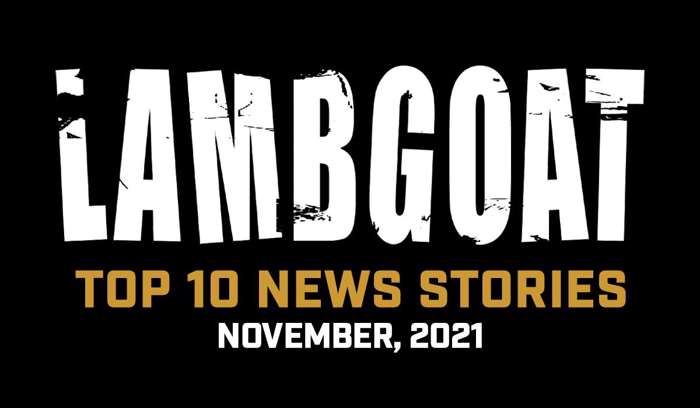 The year 2021 is nearly over, and while streaming music continues to earn big bucks for record labels, publishing companies, and top-tier artists, most of the metal world still relies upon touring, which has been limping along due to ongoing Covid spikes, mishaps, and variants. Fortunately, shows have (for the most part) been happening, making 2021 a solid improvement over 2020. And as this strange year crawls to a close, it seems fitting that last month's two most-viewed items on Lambgoat involve a singer urinating on a fan while performing a Rage Against The Machine cover. Right?

Here are the top ten stories Lambgoat covered in the month of November, 2021: