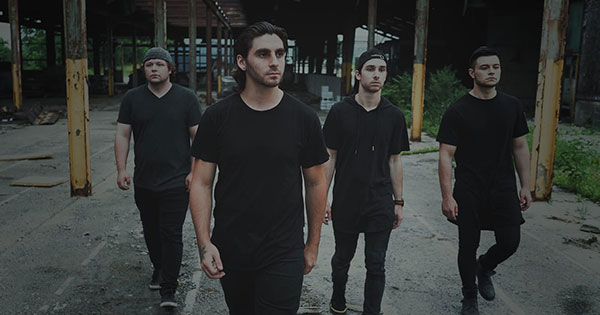 In a few weeks, I Hate Heroes will drop their debut album, Save Yourself. In advance of its September 4th release, a new track from the outing titled "Light the Way" can be streamed below.

Formed in 2014, the Reading, Pennsylvania quartet released an EP in 2015 and subsequently embarked upon some national touring and landed an extended run on Warped Tour. The new record, which can be pre-ordered here, promises "an explosive juxtaposition of imposing, resonating breakdowns and pop-fuelled choruses."

Today we're happy to premiere a lyric video for new single, "Light the Way." Vocalist Ephraim Francis had this to say about the track:


"Primarily, Light the Way is about how things aren't always the way they seem. As time goes on, I keep finding more and more examples of this in my personal life. We live in a world where information is easier than ever to access. This is both a huge blessing, and a bit of a curse. You can teach yourself guitar on YouTube for free, but on the other hand you can be fed destructive misinformation that contributes to societal paranoia and ugly prejudices. To top it off, anonymity has given some unsavory characters the courage to spread their venom to younger generations via the most accessible communications network in human history.

"I've heard a lot from many different people about what it means to be successful, or happy, or even have a 'normal' life. The most disturbing part for me though, however, is how similar the idea of normalcy is for people. We're encouraged to follow our dreams when we're young, if we're lucky, only to be told to grow up and move on if it doesn't pan out within an acceptable time frame. Even in a free country, with free information at our fingertips and opportunities around every corner, we seem to get bogged down by the idea that there's a right way to live to achieve happiness. Through this song, I hope to convey to our supporters that you should accept no one's idea of success but your own. Sometimes that means tearing down something you've spent time building, but if it means staying true to yourself, it's worth it."

Check out the song and keep up with I Hate Heroes via Facebook.

My god this is terrible music.

f*ck, this is bad, whoaaaaaooooooaaaaaoooo!!! !!