To celebrate the release of their debut EP, metal act Horcrux unveil a new video. 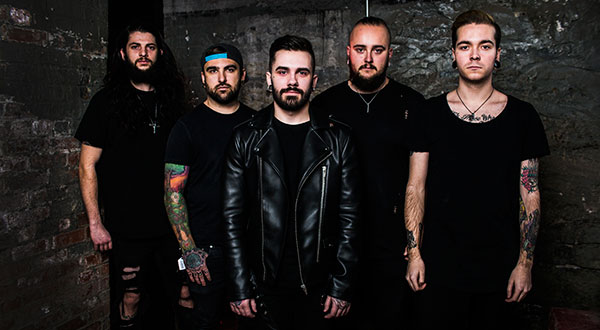 Fledgling Ottawa, ON, Canada band Horcrux released their debut EP today. If you're not familiar with Horcrux, the group blends metalcore, metal, deathcore, and post-hardcore and counts among its ranks A Skylit Drive guitarist/vocalist, Michael Labelle.

The new EP is titled The Dark Mark and is available for purchase now via Bandcamp. To coincide with its release, we've teamed up with Horcrux to exclusively premiere their official music video for new single, "Live Through Me."

Guitarist Scott Norris comments on the song: "'Live Through Me' chronicles losing someone close to you. It touches on the vast amount of overwhelming emotions that go along with experiencing something like that. The song finishes with the understanding that we have to remember the ones we've lost for how great they were and let the way they lived their life influence you in a positive way."

Check out the video below and keep up with Horcrux via Facebook.

I'm not going to let your terrible music ruin Harry Potter for me.

barbara's probably a hufflepuff or something dumb like that, and anon clearly trolly af. kudos for experimenting on a different sound! Cleans could use a little love, but catchy as f*ck choruses, good programming and a mean music video. Almost feels like something I'd see released on a major labels youtube page.

the hating above anon is probably the ex bitch of the ex bands cuckhold "vocalist". Or the cuckhold himself. haha. Keep up the good work guys, you know youre doing something right when haters gotta hate

the bassist is doby or malfoy, the guitarist are crabbe and goyle, the volcalist is like neville aand the drummer is like hagrid

im a squib and even i know this is shit

modern "post-hardcore" of this sort is rarely my cup of butterbeer. prefer me some dischord records, pre-reunion at the drive-in, or helmet/unsane/jesus lizard noise rock. but if i'm listening to this type of glossy produced metalcore with cleans, pretty bits and and pop structures, one record i still come back to is 2003's failure on by solid state crooners Beloved. need to listen to some mgla to prepare for all the sheet rock i have to hang now.