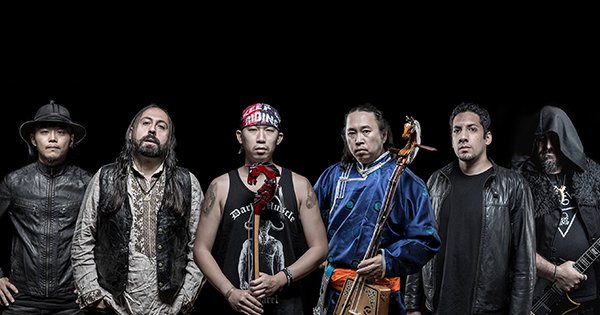 Some bands are easy to categorize. Others are not. With their eclectic blend of traditional Mongolian folk and spirited metal, New York City's Tengger Cavalry are easily among the latter. Often referred to as "nomadic folk metal," the band march to the beat of their own shamanic drum.

On February 23, Tengger Cavalry will release a new album titled Cian Bi through Napalm Records. If you're open to the fusion of metal guitars and horsehead fiddles, we encourage you to pre-order the album. Meanwhile, to experience their output right now, listen to a track from the album titled "Ride Into Grave and Glory," which we're exclusively streaming below via a new lyric video.

Tengger Cavalry play shows regularly too, and we advise you to can keep abreast of their live schedule through Facebook.

Loving the new sound and waiting for the new album to be released.