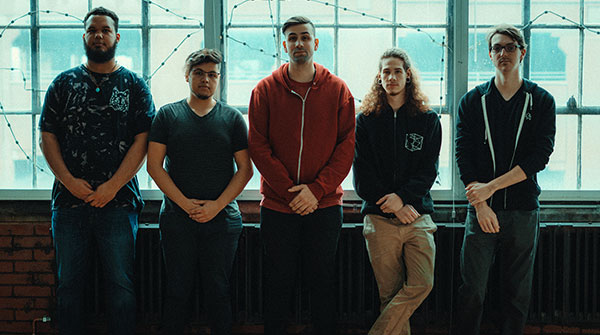 Bethlehem, Pennsylvania progressive metal band Stargazer will release a new album this week. Formed roughly five years ago, the quintet should appeal to fans of bands like as Between The Buried And Me, The Contortionist, and Textures.

Stargazer's new album is titled Tui La and will hit streets on Friday, August 18 through Famined Records. According to Heavy Blog Is Heavy, the album "represents a challenging and non-standard approach to album composition that, somehow, seems to work for those willing to listen."

You can experience Tui La in its entirety below. If you're into it, we suggest you buy something here and follow Stargazer on Facebook.

the only real stargazer is the australian one, fck this clean post-djent bullshit

Can nobody use google to make sure band names aren't already taken??"?

Which one's the keyboardist?

Good, this is good.

Fake and gay, Australian StarGazer or f*ck off

Damn somebody needs to tell all these neck beard metal elitists more than one band can have the same name, especially since one is Stargazer from the US and one is StarGazer from Australia. This album is excellent, great job fellas.

Naming my next band Parkway Drive..since you know, one's from Aus and we'll be from here. I'm sure they won't care.

All these people whining about some Australian band no one has ever heard of lol. This album is gold, quit being a negative c*nt

It's obvious more people care about the Aussie gazer than this American Poser version. Piss off m8 u whiney fakin c!nt

The only thing gold on this record is that pathway thing on the album cover. Shaaaaduuuufuuuukup