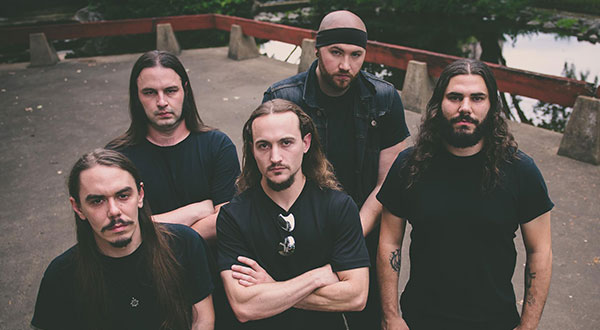 It's been eight long years since Nashville, Tennessee extreme metal act Enfold Darkness released their last full-length. Fortunately, that will all change next month when the band drops their sophomore album, Adversary Omnipotent. Fans of black metal and/or technical death metal will have a worthy addition to their music libraries on July 14 when the new record is released via The Artisan Era (pre-orders are available now).

Today we're pleased to exclusively premiere a new track from the outing titled "The Test of Wisdom." The song features a guest guitar solo from Inferi/ex-Entheos/A Loathing Requiem guitarist Malcolm Pugh and is available for your listening pleasure below. Also be sure to follow Enfold Darkess on Facebook for the latest information and updates.

Metal is full of hipsters