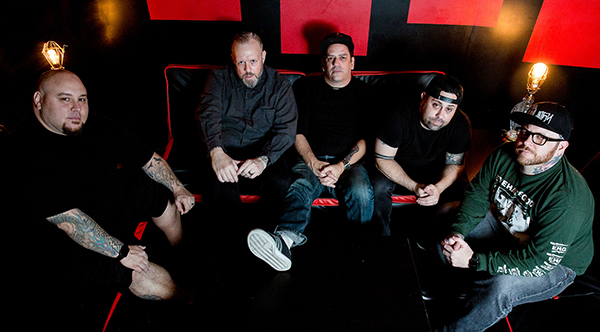 Today we're premiering a new track from the band titled "Ghost Writer." The song features guest vocals from James Hart of Eighteen Visions and can be streamed below.

Have a listen, and be sure to keep up with Dear Furious through Facebook. If you're interested in seeing the band in the flesh, they'll be playing their first show on July 2 at Rev Fest in Riverside, CA (alongside Gorilla Biscuits, Judge, and more).

Song would of been better without the 18 vision singer .

Great lineup but I just can't get into the music for some reason .

Pretty rad lyrics. A couple of the fast songs are better. How do older dudes keep doing this to their throats. I'll be there on the 2nd.

I agree it's good, but the young kids have no respect for the older guys coming back starting new bands. This is better than any of the new stuff out now. What label is picking this up?

Why would they get the singer from 18V? People into 18V wouldn't listen to this type of hardcore . I think DF loses scene points for this and took a step back. With a line up like this, you don't need a guest singer . You were better off getting the singer from Terror or something.

21 and over bars and clubs are happy.