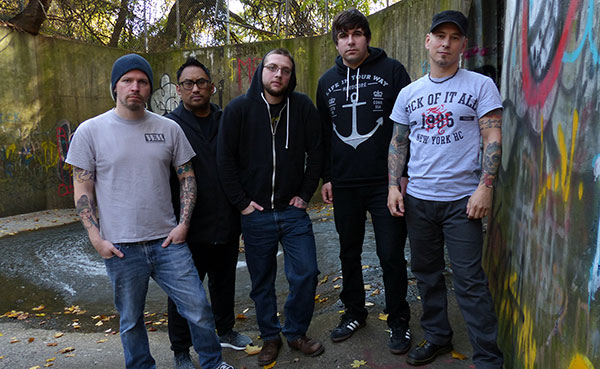 Tomorrow, New Jersey hardcore quintet Silence Equals Death will unleash a new full-length. Recorded in late 2016, the album is titled End Times and is slated for release via Eulogy Recordings. Composed of veteran NJ and New York hardcore/punk musicians, the band claims to fuse "the fast circle pit style of punk with the hard aggressiveness of New York Hardcore." If that sounds appealing to you, read on.

Today we're exclusively streaming End Times in its entirety below. Have a listen, and check out Silence Equals Death on Facebook, where you can find a list of the band's upcoming shows. Meanwhile, if you'd like to purchase the new record, you can do so here.