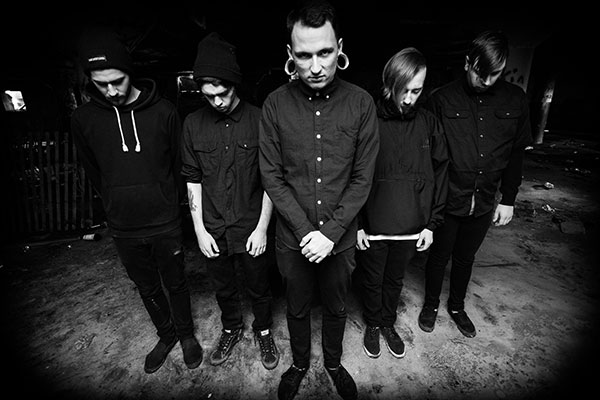 If you're in tune with the Canadian extreme metal scene, you've likely heard of Falsifier. Formed in 2013, the Windsor, Ontario band has been steadily growing their fanbase, releasing an EP and several well-received singles before eventually signing with Artery Recordings, with whom they released a new EP last spring.

Later this year, Falsifier will release their debut full-length. However, you need not wait any longer for something new from the group. Today we're exclusively premiering a video for their new track, "Depraved." According to the band, it's a song "about being morally corrupt and being indifferent towards human life."

Check out the video below, and keep up with Falsifier through Facebook.

Solid feature, a band definitely worthy to acknowledge. This release is one of the reasons you fall in love with the elements brought by this band. The video is grim and fit, and the song is just surprisingly captivating, involving and memorable. The atmosphere brought by the production of the song and video ties everything perfectly, it creates a gloom which harmonizes well with the slow pace the song brings. A song fit for every playlist, and great for introducing someone into the genre!

Garbage band. Sounds like every other Drop-A band out now a days. Maybe think outside the box?

Trash trash trash. f*ck Matt Andrews, he does nothing but be a c*nt to people online and then plays victim. Joke.

"about being morally corrupt and being indifferent towards human life." Which lodge do these guys belong to and can we end Freemasonry? Being narcissistic sociopathic posers is NOTHING to be proud of.

^^ 145lb shill in camo shorts, ponys, and a flat bill. only thing he can do with his fist is hump it. CHIES Chandlewick

more rehashed hack straight garbage. slow it down and distort it. genius, we have not heard that for the last 12 years.