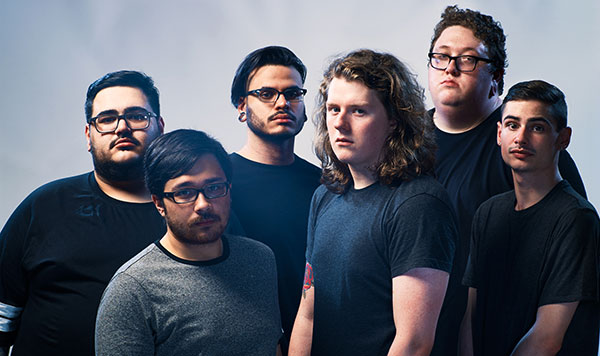 Have you heard of Boston, MA band Funeral Attire yet? No? Well, if you like melodic hardcore in the vein of My Iron Lung or Pianos Become The Teeth, you should probably get on board. Formed in late-2015, the sextet released a full-length last spring and next month they'll drop a new split EP with I Dreamt The Sea.

Among the songs Funeral Attire contributed to the split is "Fractures," which we're exclusively streaming today. Notably, the track features guest vocals from none other than Counterparts vocalist Brendan Murphy. The band had this to say about the song:


"This song is sort of an amalgamation of all of our musical influences. For this split, and this song especially, we really wanted to strip a lot of things back and expose a very personal and vulnerable representation of the band, so listeners can understand us and relate to us in a way."

Ok, you've done enough reading. Check out "Fractures" below and keep up with Funeral Attire via Facebook.

The Big Bang theory: THE BAND

I did a cry and I enjoyed it

Jesus, what a bunch of geeks. Based on their band pic, i bet this song is about how hurtful internet bullying can be. Absolute Jabronies!

This is the best release yet! Glad to hear you guys really developing such a great sound, keep it up!

how do you need 6 guys to record this...

Total snooze fest. What an uneventful boring song. This is the best thing 6 dudes could come up with?

Robitussin here. Made these idiots think drinking me makes you write a good song.