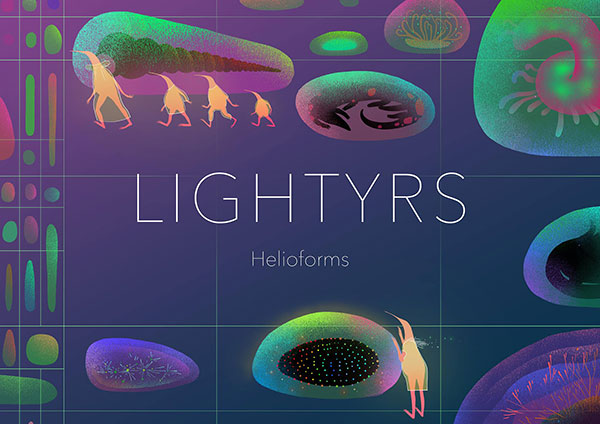 For the last fifteen years or so, Branden Morgan has been banging away behind the kit for revered progressive metalcore band Misery Signals. But like many of us, Morgan enjoys more than just metal. In particular, Morgan is passionate about the drums, regardless of the music genre. As such, after nearly ten years of germination, he's launched a solo project dubbed LIGHTYRS, and today we're exclusively streaming the first single from the debut album, Helioforms. We'll allow him to tell the tale:


"LIGHTYRS has been an idea I've had for almost a decade now. The project is an all instrumental and ambient fusion between digital and analog sounds. Something very different than anything I have ever done. Being a drummer I wanted to create something very percussion heavy over a backdrop of melodic, and sometimes noisy, ambient soundscapes making the overall feel pretty low-key. Acoustic drumset, electronic drumset and some auxiliary percussion are layered in a way that uses, displacement, polyrhythms and modulation in order to create different perspectives for the listener to focus on. Definitely keep in mind as you're listening to this that it isn't Misery Signals nor is it heavy. Just try and listen with an open mind. I hope you enjoy it!"

If that sounds intriguing to you, have a listen below. The new LIGHTYRS record, Helioforms, will be available via iTunes, Bandcamp and major streaming platforms on February 10th. Pre-orders commence via iTunes on January 30 (pre-ordering will provide access to another new track prior to the album release date).

Sounds like a chase scene in a sci fi movie.

I tried to find those pictures

This is what happens when you get way too good at drums and your brain just sounds like this all the time. People try to talk to you and you just bust out with this acapella style.

As a retired rave kid who loves drum and bass, this is amazing! So well done. Beautiful track.