The Funeral Portrait 'A Moment Of Silence' album stream 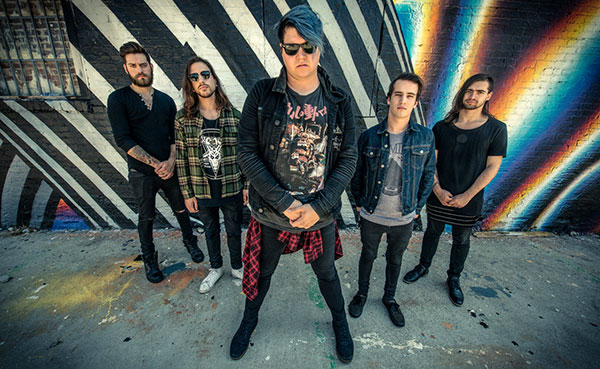 Yo, Atlanta, Georgia band The Funeral Portrait will release a new record titled A Moment Of Silence tomorrow (December 16) through Revival Recordings. If you're already a fan, you're excited. Meanwhile, if you've never heard of the group, they're sometimes called theatricore; other times, post-hardcore, metalcore, rock, metal, and pretty much everything other label under the sun. Basically, they're difficult to categorize, and that's a good thing. In fact, Alternative Press recently called them an "inspiring antidote to stagnant metalcore bands."

As for new album A Moment Of Silence, here's what Juergie Landstrom (guitarist/vocalist) has to say about it:


"A Moment of Silence is a story that explores one man's journey through the afterlife. In this universe there is eternity after death, but there is no god and there is no heaven. This man has been told his entire life that when he died, he would be greeted by God at the gates of heaven. Now he must drift and observe, waiting for the truth to reveal itself."

Interesting, huh? Today we're exclusively streaming the record for you below. Check it out and if you dig what you're hearing, go buy something. Also be sure to keep up with The Funeral Portrait through Facebook.

Just like Coheed and Cambria without that pesky good guitar playing getting in the way.

for fans of Armor for Sleep's What to Do When You Are Dead... Cool concept fatboy.

Was this recorded in a building made of metal garage doors?

This is sounding so good rn. I am LOVING IT. FInally something that doesn't sound cliche and repetitive.

This is so good! I can't stop listening to it