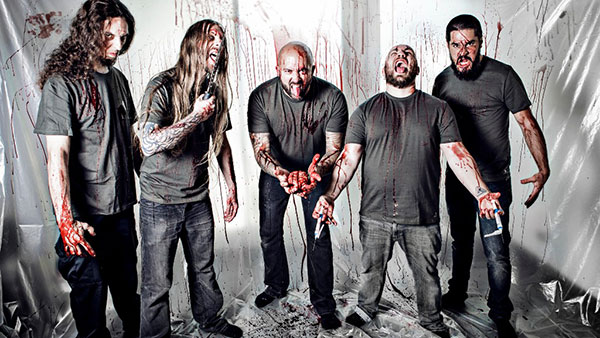 In less than two months French extreme metal veterans Benighted will release a brand new album. Fans of punishing death metal and relentless grind will feel right at home on Necrobreed, which is slated for a February 24 release through Season of Mist. Notably, the twelve-song wrecking ball features drumming courtesy of ex-Necrophagist drummer Romain Goulon.

Today, we're pleased to unveil a new track from the outing titled "Forgive Me Father." This particular aural assault features guest vocals from none other than The Black Dahlia Murder frontman Trevor Strnad.

Put on your armor and have a listen below. Afterwards, pre-order the record here and follow Benighted on Facebook.