As A Conceit 'Boneheads' video premiere

Progressive metalcore act As A Conceit debut the lead single from their new LP. 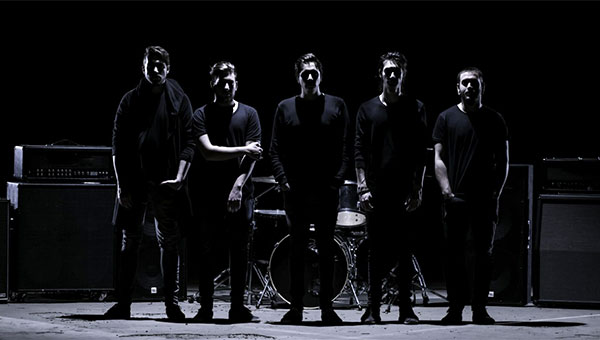 Late this fall, Italian band As A Conceit will release their debut full-length. Formed in 2012, the quintet's blend of melodic prowess, polished nuance, and chunky metalcore should appeal to fans of groups like Architects or older Bring Me The Horizon.

Scheduled for a December 2nd release through Famined Records, the new album is titled Frown Upon Us, and today we're exclusively premiering the video for its lead single, "Boneheads." Here's what As A Conceit had to say about the new song, which was produced by Giovanni Bottan (at Solid Ground Recording Studio) and mixed/mastered by Andrea Fusini (at Fusix Studio):


"This song is a metaphoric macroscopic observation of the way humanity is currently dealing with our planet's conditions and other life forms... Written over the course of a year, this album is a huge progression in the evolution and characterization of our own sound, incorporating groovy riffs, spacey sounding interludes with laboured drum patterns, complex emotive melodies and also some guest vocals (the only clean main vocals in the album, actually) from an incredibly talented singer in a band of friends.

"We hope you guys will enjoy listening to this single and we invite you to keep an eye on us for upcoming music taken from the album if you liked what you hear!"

The video was done by Ombra Studios and can be found below. For more information about As A Conceit, check them out on Facebook.


Tags: As A Conceit

Some really uncomfortable body language there.

i wish people ripped off old Architects instead of new architects

Holy shit..blatant Architects rip-off. The guitar work, structure, vocals everything. WOW . They're getting royalties for this right?