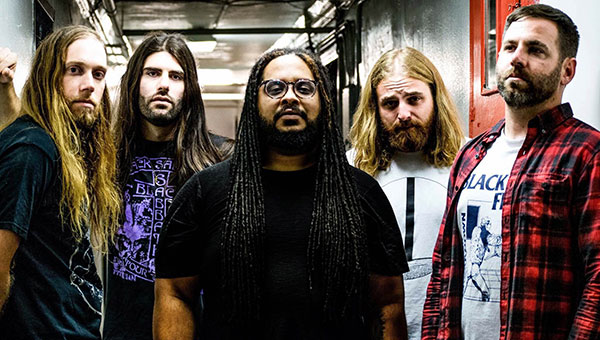 If you read our site regularly, you might have noticed a few posts about Los Angeles, California band Colombian Necktie in recent months. If you didn't bother to click, you've unfortunately missed the quintet's cacophonous blend of stoner rock, metal, and hardcore. High Times says: "Though they may have a penchant for cannabis, the after-effects have never dulled Colombian Necktie's metallic hardcore edge." We can't argue that.

Colombian Necktie's new album, All Paths Lead to Nowhere, will be available on September 30 through Black Voodoo Records (pre-order here). In the interim, today we're pleased to present a new track from the outing titled "Linestepper." Have a listen below and keep up with Colombian Necktie through Facebook.

I thought this was the band featuring members of "Bad Luck Thirteen Riot Extravaganza" when in actuality, its a heavier Spineshank... still not bad though.

Yo, this band blows. There's a band with the same name from the Netherlands that are way better. Check them out instead.

^hahaha if you like deathcore bullshit. I wonder what member of the band is this haha

^ hhahah if you like shitty deathcore. What member of the band are you?

Saw this band in LA recently. They are tight! . That, and the drummer has really hot groupies