Helmet song 'Turned Out' gets a raucous makeover courtesy of KEN mode. 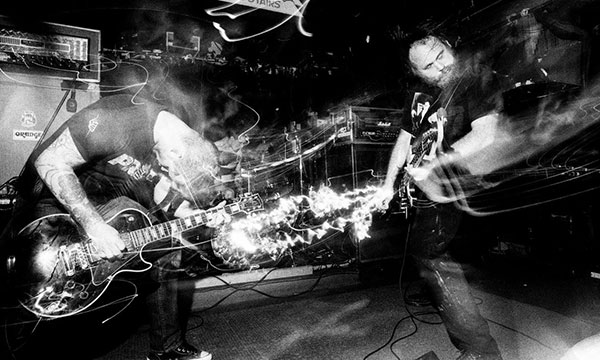 As you may have recently heard, Magnetic Eye Records will soon release Meantime [Redux], a new album featuring a handful of rock and hardcore bands teaming up to cover the classic Helmet album, Meantime. The end-to-end recreation includes contributions from KEN mode, Rosetta, Fuck The Facts, and Meek Is Murder, among others. The record will be released on September 16 and is currently available for pre-order.

Today we're pleased to unveil KEN mode's take on the song "Turned Out," available for streaming below. Jesse Matthewson, guitarist and vocalist of the veteran Canadian noise rock/metal act, had this to say about their version of the track:


"Helmet's 'Turned Out' is our bassist's favorite song on Meantime, so it's suiting that he wasn't around to witness us butcher it till it barely resembled the original. We've never been huge fans of doing covers, so when faced with this proposition, we had to find a way to make the song more fun for ourselves. Nobody wants to hear bands like us play Helmet karaoke anyway, as the group is basically 90s canon - if people want to hear the song, they'll go to the original. So this is our 'Turned Out' as inspired by Helmet's original."

This cover is so good