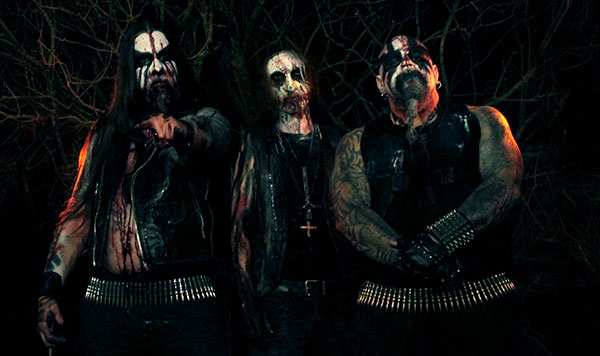 Active for nearly two decades, Norwegian black metal band Ragnarok will soon release their eight studio album, titled Psychopathology. Long-time fans of the band may be surprised to know that this will be the first Ragnarok album that doesn't feature founder Jontho on drums, as he has taken over the role of frontman (drums are handled by Dauden drummer Malignant).

Jontho recently had this to say about the record: "I can say with absolute certainty that this album will be the best in Ragnarok's career to date. It is the result of dedication, hard work, and the musical skills of our lineup, and is the next stage in the band's development, both musically and lyrically."

Psychopathology will hit stores on March 25 through Agonia Records. Today we're pleased to premiere a track from the outing titled "Infernal Majesty." Stream it below, and let the Norwegian black metal flow through your nervous system. The album can be preordered now (physical and digital) and you can keep up with Ragnarok via Facebook.