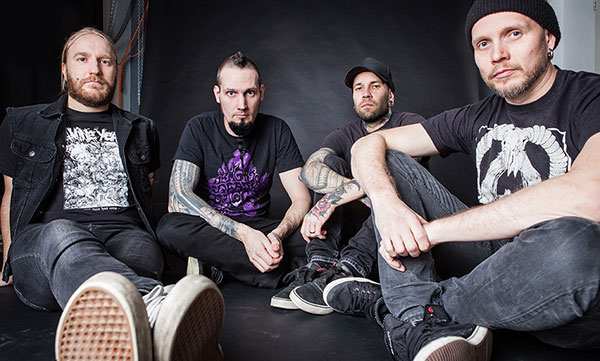 
You know that Finnish grind masters Rotten Sound will be releasing a new album next month, right? Right?! Answer me, damn it. Anyway, Abuse To Suffer the band's first new full-length album in five years, will be available on March 25 through Season of Mist.

Formed in 1993, Rotten Sound has been a standard-bearer of grindcore for longer than many of you have been alive. If you're not already on board, now's the perfect time to embrace the ferocity that Rotten Sound spews forth.

Featuring sixteen tracks of modern grind, Abuse To Suffer, is the latest chapter of a reliably crushing catalog. If you're still skeptical, press play below on the brand new song we're now streaming titled "Brainwashed." You'll probably then want to pre-order Abuse To Suffer, which you can do here.