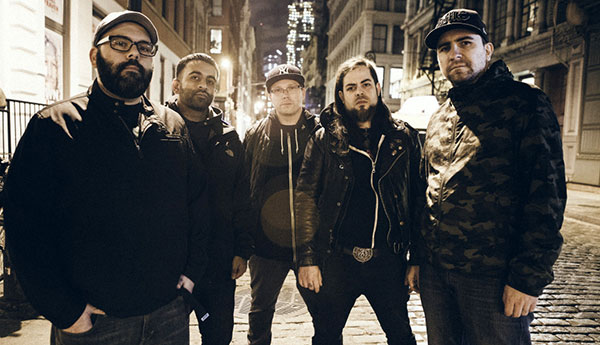 
This week Manipulate will release a new EP. Formed in 2013, and with only a four-song demo under their belts, you might reasonably assume that this New York hardcore band is composed of a few inexperienced upstarts. Nope. Manipulate is actually a squad of hardcore veterans, hardened guys who have done time in bands like Terror, Backtrack, and Dead Wrong.

On Friday, February 12, their new EP, titled Becoming Madness, will be available through Flatspot Records. If you're expecting something heavy, you won't be disappointed. Intimidating vocals, pummeling riffs, and a menacing atmosphere anchor this six-song slab of metallic hardcore.

We're streaming the whole thing for you below. If you want to make the aural brutality a permanent part of your collection, you can order Becoming Madness in physical or digital format right now. For more information, check out Manipulate on Facebook.

Punjabi BackTrack is in this band.... do not support

Wow, this is pretty f*cking good.

sh!t's boring as hell. probably backed by their 10 friends who all guest list at local shows.

This shit pounds you guys are idiots.

One would reasonably assume this band is a bunch of inexperienced upstarts because that's what the hell it sounds like. The vocals aren't intimidating, the riffs aren't pummeling, and ain't a damn thing menacing. PS..."10 friends who guest list at local shows". LOLd!

PS...I don't have a computer so that means I'm an iPhone warrior!

this is pretty solid.

Least hated: FAR 'Water & Solutions'
confronting Kim Kelly about her clients' racist, homophobic past
you play in a successful deathcore band, but you're not earning a living
Fury of Five: Re-Taking Respect
Alpha & Omega "No Rest, No Peace" song premiere