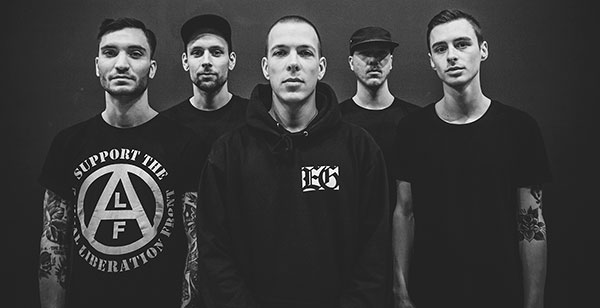 Next month Germany's Wolf Down will release their second album, titled Incite & Conspire. The latest installment of Wolf Down's ongoing clinic in punishing metallic hardcore, the album will hit streets in the United States on February 19 through End Hits Records.

Today we're pleased to unveil the band's new double feature music video for two songs from the effort called "Incite" and "Conspire." Wolf Down had this to say about the tracks:


"'Incite' and 'Conspire' are complementary songs dealing with the rage about social and political injustices, as well as the widespread apathy in our society. They are a metaphorical call to arms for anyone that feels the spirit of revolt in their hearts, for anyone that won't bow down to authority, for anyone that shows resistance to all kinds of oppression."

Check out the video below. If you're into it, pre-order the record and follow Wolf Down on Facebook.

Can't believe someone is wearing Nike shoes in this piece at 3:48. Thought it was good until then.

As someone from Germany I can only say: greatest PC shitholes ever. Plain ridiculous.

I have seen it, especially they are linked through their style and tattoo and these types of design are used in animation and cartoons and watch your video at http://www.vidwonders.com.