The Order Of Elijah "From The Dawn" video premiere

Missouri band The Order Of Elijah unveil a video for a track from their new LP. 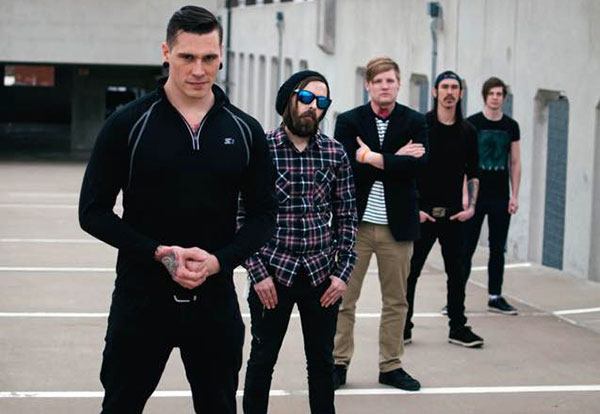 Joplin, Missouri metal act The Order Of Elijah will release their sophomore album next month. Slated for a January 8 release through Luxor Records, the new effort is titled War At Heart.

If you're not familiar with the band, their press quote cites "massive guitar assaults and quick bursts screams of power entwined with tenacious rhythms, dynamically placed between soul pounding breakdowns." From what we've heard, that description if pretty accurate. The Order Of Elijah's caustic arrangements feature elements of metal, deathcore, and hardcore.

Today we're pleased to exclusively unveil the group's video for new track "From The Dawn." Regarding the song and its clip, the band had this to say:


"We recorded this video in northern Michigan. I remember the mosquitos were waging war on us all night. 'From The Dawn 'is a song that we spent a lot of writing time focusing on a more innovative approach to this album. While we worked to maintain the roots of our previous album, we took a step out of the box toward something more internal. 'From The Dawn' is more less the anthem of War at Heart."

Check out the video below, pre-order War At Heart here, and keep up with The Order Of Elijah via Facebook.


Tags: The Order Of Elijah

i love this i think its amazing

been waiting for this

it's like they tried to make a shit sandwich, but put the buns between the shit.

Still making the same shit music for f*cktards in suspenders I see? Give up boys

Very cool. I love these guys.

I'm pretty sure even Jesus hates this band.

It's good but Jesus still loves you

^he must be new

The guitarist and singer are ass holes that committed apostasy.

As someone who lives near Joplin, MO... I would literally expect nothing less than this sort of yesteryear "extreme music" garbage. This song and music video reminds me of a certain Billy Madison quote.

Peep from Joplin who are you? I want to be your best friend for serious

Peep from Joplin who are you? I want to be your best friend for serious