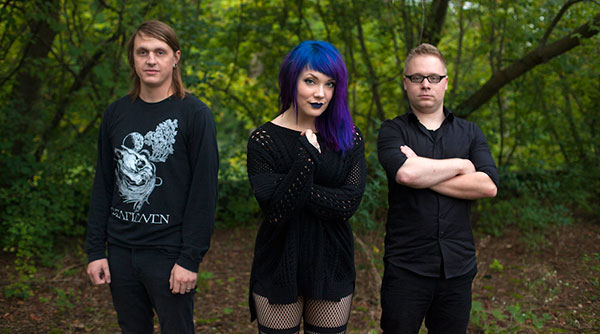 If you're not familiar with Fine Fine Titans, the three-piece female-fronted band was originally launched in 2010 by husband and wife, Evan and Jennifer Bartlett. In the interim, they've drawn comparisons to The Bled and He Is Legend, and have opened for such acts as Blessthefall, Vanna, and Stray From The Path.

Today, we're happy to stream Renaissance in its entirety below. Have a listen, and purchase a bundle here. Don't forget to check out Fine Fine Titans on Facebook too.

^member of the band

Started off fine until angsty goth band vocals came in.

Wtf is this we covering every dumb garage band startup now?

Cool, what is her Roller derby team called?

seriously? dope you're covering smaller bands but why this band?

1) Thank you! 2) Try again. 3) "Started off *fine fine". And I'm cool with "angsty goth vocals." Maybe that's a compliment? 4) We actually have never played in a garage but maybe we should start! 5) I would f*cking LOVE to play roller derby but I can't skate backwards. 6) They are covering us strictly because I look like I belong on a Roller Derby team. Duh. 7) Hell yeah Still Remains. Still f*cking slaying at 2015. And not doing is anonymously.

Not sure what everyone is complaining about. This is good shit.

Positive or negative, thanks for listening everyone.