NYHC act Yuppicide debut a song from their first new full-length in 20 years. 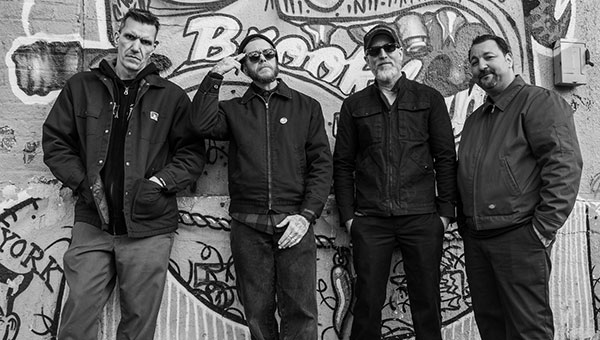 Guitarist Steve Karp has this to say about the song:


"Musically, this song is my love letter to all the great punk rock and hardcore punk bands that got me amped on this music as a teenager. I wanted it to be melodic but crunchy, catchy but burly; have sing-a-longs and some stomp parts that make ya want to stage dive on your buddies' heads.

"Lyrically, we're drawing a parallel between all the garbage the one party political system spews out there come an election cycle and those drugs that turn people into zombies. All their 'distract and divide' tactics - they use a complicit corporate media to bombard people with rot out the brain in the same manner that those voodoo potions and curses and drugs cooked up in top secret government labs rot out the brains of humans, turning them into drooling, shambling husks of undead flesh."

You can stream "Spread the Infection" below and pre-order Revenge Regret Repeat here. Enjoy!

thanx for showing up again. looking forward to the release of the whole thing!! freu :)

This song is great. Great band! Looking forward to the whole album!

Like c-cksparrer playing hardcore. Good Stuff. Thanks for posting.

I remember this band from years ago. I always dug the early stuff. This sounds very close to that. Glad to see they are still playing punk rock. I like the artwork also, but if I remember they always had decent art. The singer sounds English but they are from NYC. From someone who has not heard anything by them in a long time, I think this is pretty good. Love the new album title also.

Go here for more info on the band. www.deadcityrecords.com

I love this band. Nice song. European tour coming. I am psyched.