All-star collective Venomous Concept debut the lead single from their next LP. 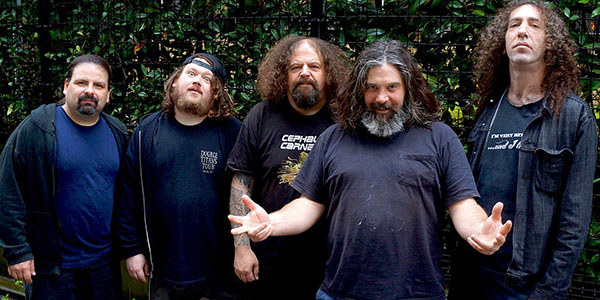 Alright, now that we've gotten that out of the way, did you know that Venomous Concept will be releasing a new album this winter? It's true. On January 8th Season of Mist will drop Kick Me Silly; VC3, which the label says "channels the urgency of grindcore, the raw blast of classic hardcore, and raucous irreverence of punk into a rowdy, 21-track adrenaline rush."

Today we're pleased to present the first new song from the outing, a frantic track titled "Anthem." Have a listen below, pre-order the album, and keep up with Venemous Concept via Facebook.