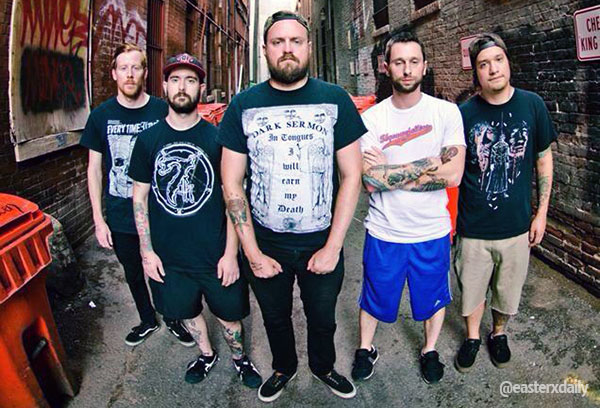 Austin, TX hardcore Outfit Insvrgence will release their debut full-length later this month. Not familiar with them? According to their label, Innerstrength Records, the band "plays no nonsense, in your face hardcore, that directly targets social/political issues of modern society." If that sounds like your kind of thing, read on.

Titled Every Living Creature Dies Alone, the new outing will hit streets on October 30 through Innerstrength. In the interim, today we're happy to unveil a fiery track from the album called "Social Darwinism." Stream the song below via lyric video, and keep up with Insvrgence pre-order and tour date information through Facebook.

Waking Judea was the best band on Innerstrength

Sounds like the poor man's Remembering Never. I actually don't hate this.

lol what the fvck is this. hey i'm gonna whine about black guys getting offed by cops, but not why so many black guys turn to crime in the first place. get a clue. x whiteguiltcore x

Another f*cking whiny white guilt "activist" band from Texas, when we know they all secretly butt f*ck each other while spouting racist slurs.