Metallic hardcore veterans Vision of Disorder stream the first new track from their forthcoming album, Razed To The Ground. 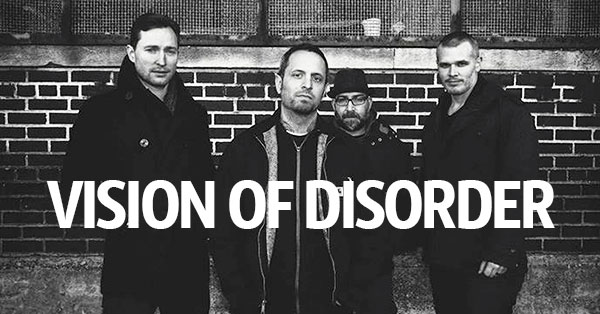 If you don't know who Vision of Disorder is, you're either really young, or you suck. Formed in 1992, the hardcore/metal band was a staple of indie hardcore scene in the mid to late-90s, releasing albums with Roadrunner Records and TVT Records. Not long after releasing From Bliss To Devastation in 2001, the band went on hiatus.

In 2008, Vision of Disorder returned, albeit sporadically. Four years later they signed with Candlelight Records and subsequently released their comeback album, The Cursed Remain Cursed. Our own review of the record summed it up as follows: "Credit V.O.D. for taking such a long hiatus and coming back just as sharp and pissed-off as anyone could hope. The Cursed Remain Cursed marks a rock-solid return for the seminal metalcore act."

Fast forward three years and Vision of Disorder is back with another studio album, Razed To The Ground. The outing will hit streets on November 13 through Candlelight and frontman Tim Williams told Lambgoat this:


"The world of metal and hardcore can become blurred and stagnant, leaving the listener baffled on what is real and what is not. Vision Of Disorder strives to bring its peers and more importantly, its fans, original heavy music, with no strings attached... We are grateful to able to keep on making the music we love."

With that in mind, allow us to unveil the first new song released from the record. Stream "Hours In Chaos" below and pre-order the album here.

download all this shit and you can hear it now!

cant listen to the song because of where I am??? sounds f*cking racist at best.... jerks

awesome !! just what I was expecting!

This should have been next album after Imprint. Welcome back VOD !!!!!

True in f*ckin credible metal song, altough I hope better still coming ? :) Rock on from Hungary, I like the taste of Bloodsimple in it !