Floridian purveyors of crushing hardcore/metal stream a song from their debut LP. 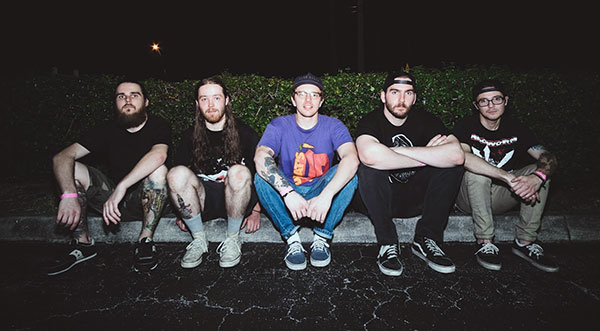 Late this summer Orlando, Florida band Axis will release their debut full-length. If you're not familiar with the group, they've been hammering away within the DIY hardcore scene for roughly five years, releasing an EP and two splits (we encourage you to check Axis out on Facebook).

Their debut album, titled Show Your Greed, will be available on September 4 through Good Fight Music. It's a ferocious outing, mixed by Taylor Young (of Nails, Twitching Tongues) and chock full of metallic hardcore that will remind listeners of esteemed fan favorites such as Turmoil and Kiss It Goodbye. Don't take our word for it though, check out a brand new song titled "Badgelicker" below. Enjoy!

people that push mosh at balance and composure shows are stoked

This is pretty cool. Reminds me of early 2000's shit as well. Wish the production wasnt so clean though

I remember when Advent did this better. These dudes are jerks anyways.

What do you remember Advent doing

All the bands on Good Fight are f*cking terrible.

Can't wait for this to come out, solid stuff from solid dudes!

This is so sick