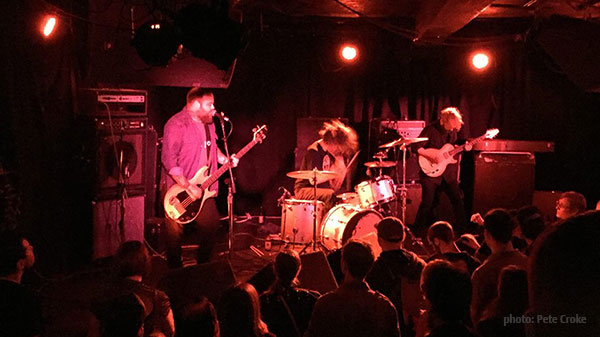 Later this month Chicago, IL band Sweet Cobra will release their first full-length in five years, and their first for Magic Bullet Records. Titled Earth, the twelve-song outing was recorded and produced by Matt Talbot of Hum and Kurt Ballou of Converge and will be available on July 24 on CD and vinyl (July 17 digital).

If you're not familiar with Sweet Cobra, the three album reviews on Lambgoat (written by three different people) unequivocally proclaim that you've been missing out. Foraging the forests of post-hardcore, punk, rock, and alternative metal, Sweet Cobra are as melodic as they are heavy, as crisp as they are abrasive. Think Queens of the Stone Age melted into Torche fused with High On Fire hammered in Quicksand. Or, just listen to our exclusive premiere of their song "Complaints" below. While you're jamming, follow Sweet Cobra on Facebook and purchase Earth online.

This band is amazing. Such a killer song.