The Schoenberg Automaton "The Fragile Ones" song premiere

Death metallers The Schoenberg Automaton debut a track from their new LP. 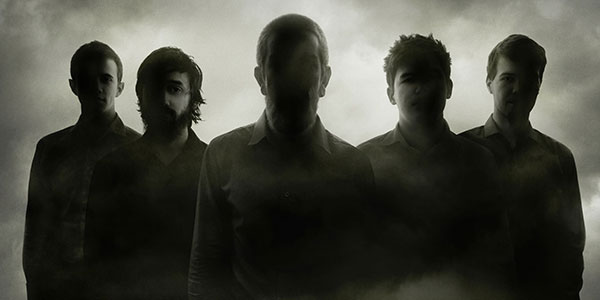 Australian technical death metal outfit The Schoenberg Automaton will release their sophomore full-length, titled APUS, later this year. In the interim, today we're premiering a lyric video for the first new material unveiled from the effort.

The band, who recently relocated to Vancouver, Canada, flew in American engineer and producer Shane Frisby (The Ghost Inside, Becoming the Archetype) to track the album, the release date for which is still pending. For now, stream "The Fragile Ones" below, and keep up with The Schoenberg Automaton on Facebook.

Getting a big Taproot vibe from this.

Very System Of A Down imo

Getting pretty loose with the "technical death metal" label these days huh.

Never heard these sageas before but this is incredibly sick

This is SO good. band f*cking rips. tour the states NOW!

I think thank Michael flatley (Best know for his work in Lord of the dance) court tap faster and more abstract than this song. Just saying