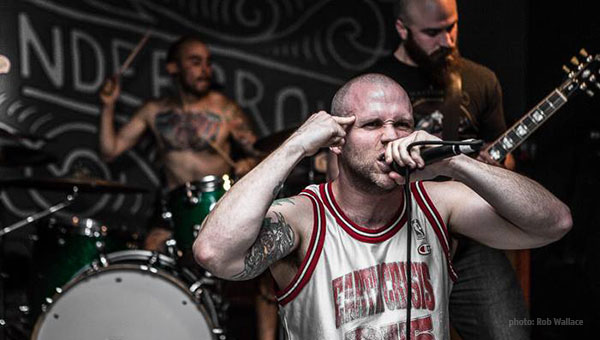 Fast forward two years and the Houston, Texas band has now released a new video for "Return To The Earth," a track from the aforementioned EP. As luck would have it, we're premiering the video for you right now:

In related news, Die Young will hit the road with Catharsis in August for a trio of East Coast shows:

Edgy as f*ck, shit man I'm not even close to being as hard as this guy.

Does you temple hurt, guy? Or is that your tough guy pose?

The other band members weren't available for the video shoot so this is what you get.

Dude in the pictures like "THIS IS MY MIND, THERE'S NOTHING GOING ON IN THERE, SHOULD'VE WENT TO COLLEGE"

Only a band this good can get away with asking for donations to record an album and making people preorder a shirt before making them, and throw around the term DIY!!!!!