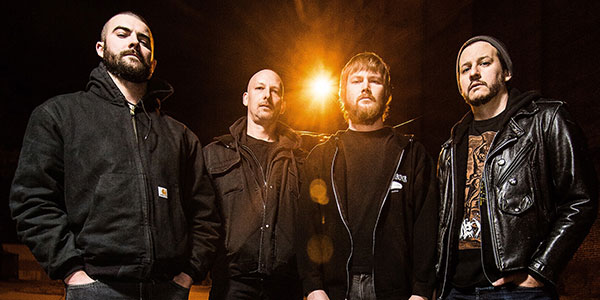 Last year Baltimore, Maryland death metal/grindcore veterans Misery Index released a brutal new album titled The Killing Gods. If you've not yet heard it, what exactly are you doing with your life?

Decibel proclaimed that the band's "hybrid of death metal and grindcore hasn't lost a step at all." Meanwhile, Exclaim! called The Killing Gods "unrelentingly fast, unabashedly heavy and unequivocally the best album yet from an already great band."

Alright, if you're not yet sold, today we're premiering the video for a track from the album titled "The Harrowing." The clip was directed by David Hall and we command you to watch it below. By the way, be sure to catch Misery Index live. They're on tour right now!

great song too bad the video gave me a seizure

Adam jarvis is such a beast on drums.

This is killer! I can't wait to see them again next Friday!