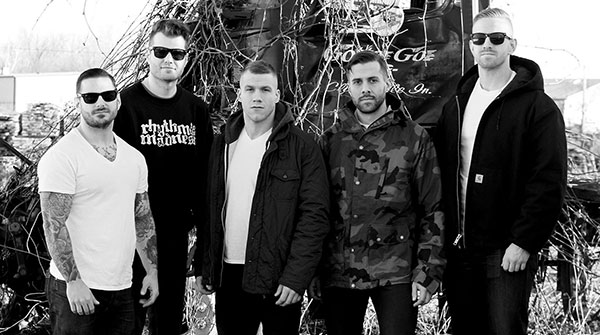 It's been roughly a decade since Bitter End formed in San Antonio, Texas. In the interim, they've put out a handful of records and toured consistently, methodically becoming a staple of the hardcore scene.

This summer, the band will release a new full-length titled Illusions of Dominance. Featuring ten tracks of intense, mid-tempo metallic hardcore, the new LP was produced by Terror drummer Nick Jett and is officially slated for a June 30 release through Deathwish Inc.

Today we're thrilled to unveil a new song from the record titled "Sting of Betrayal." Stream the track below and keep up with Bitter End via Facebook.

swoods dink has a huge vein on it.

Love how they all have the same haircut. Did the fat dude on the far left just shit his pants?

This song is very radio rock of them.