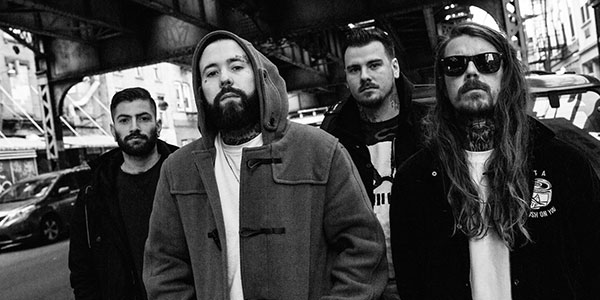 If you haven't been paying attention, Deez Nuts are releasing a new album this week. The outing will be the band's fourth studio album, and their first for Century Media Records in North America.

Titled Word Is Bond, the effort should please fans of the Melbourne, Australia quartet's urban take on hardcore and punk. In a new review of the LP, SkullsNBones says, "These guys have found their niche and have laid out a serious slab of hip-hop laced hardcore, New York style. Their songwriting has seriously improved, and they've taken a more serious tone on Word Is Bond."

Fortunately, you don't have to take their word for it, because we're streaming the entire album for you right now. Check it out below, and while you're listening, browse some purchase options via Century Media.

Just got this album. Hands down the best Deez Nuts thus far. Obviously all you dirty, long-haired, pimply faced angry internet metal-head nerds are going to hate but if there is anyone on here who isn't a butthole for no reason. Def check this album out. What's good?!