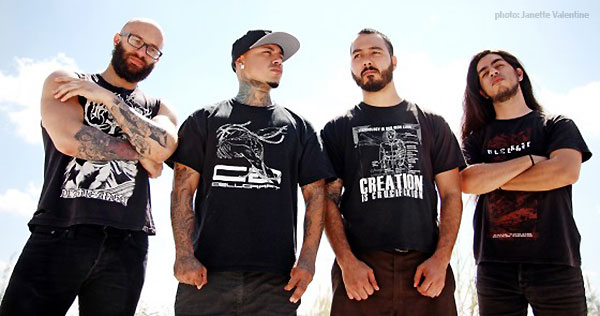 Grindcore/death metal outfit Maruta is just weeks away from releasing a new full-length, their first since 2011.

We suspect you're already familiar with the Floridian band, but if not, they once described their music as "too grind for the death metal kids, and too death metal for the grind kids." That sounds about right. Either way, fans of bands such as Napalm Death, Nasum, and Discordance Axis should enjoy their output.

Maruta's new album and Relapse Records debut, Remain Dystopian, will hit streets on June 2. Today we're premiering a track from the effort titled "Hope Smasher." Check it out below, then pre-order the album here.

No ex guy from Trivium, No care

These Latino sageuhs harder than Trivium

I'm ready for this