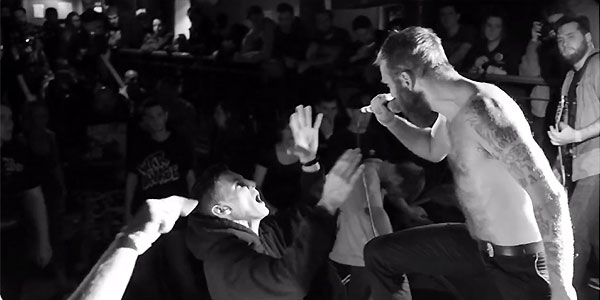 If you're a real fan of hardcore, I mean the type of person who would attend a Tuesday night Bent Life show at the local VFW, then you've probably heard of CDC. For more than a decade, the Lansdale, Pennsylvania band has been bouncing around the globe, spreading the gospel of blue-collar, DIY hardcore.

Unfortunately for their fans, CDC hasn't put out a proper release since 2009. That's all going to change on February 17, when CDC releases a new EP titled End. Composed of five new songs, the record was recorded by Vince Ratti at Skylight Studios and mastered by Will Yip at Studio 4, and is a split-label release between Beatdown Hardwear and Get This Right Records, the label partially owned by CDC drummer John Bowes.

Best of all, you don't have to wait another second to hear the entire EP, because we're streaming the whole thing for you below. While you're punching the floor, be sure to order the vinyl online and give the band a follow on Facebook.

2005 is alive and well. I'm going to start a crowd war with my cubicle mates.

That guy they got to rap or whatever the hell that's supposed to be is not good. The old demo was sick but when that guy joined back in the day he ruined the band and apparently he's still there :(

lol@you. same guy on every record

get a job, the split with By My Hands definitely had a different bro on vocals