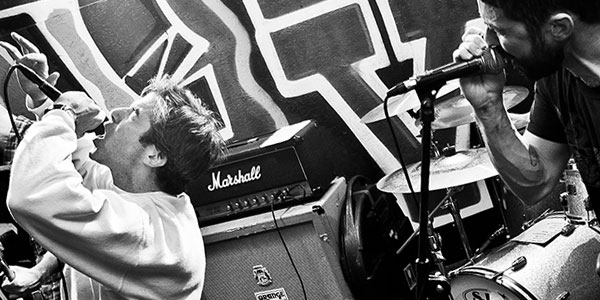 New England-based punk and hardcore group Sweet Jesus will release their debut album next month. Who is Sweet Jesus, you're probably asking? Well, it's a hardcore super group of sorts, composed of members of Have Heart, Fucking Invincible, Dropdead, and Soul Control, among others.

After forming in 2010, Sweet Jesus quickly released a demo, but did little more in the three years that followed. Fortunately, the silence was broken in 2014 when the band released their debut 7", Box, via Triple B Records. Not long after, the group entered Magpie Cage Recording Studio in Baltimore with producer J. Robbins (of Jawbox fame) to record their debut full-length, You Destroy Yourself. The outing will hit streets on March 15 through Atomic Action Records.

Check out a new song from the album titled "Bedsick" below. Don't forget to follow the band on Facebook.

yes. this is good.

f*ck yea this is sick

these guys sound like yuppie southerners who listened to Tropic rot and felt original. sck a dck, biters.

these guys sound like yuppie southerners who listened to Tropic rot and felt original. sck a dck, biters.