Colorado noisemakers Call Of The Void stream the title track of their new LP. 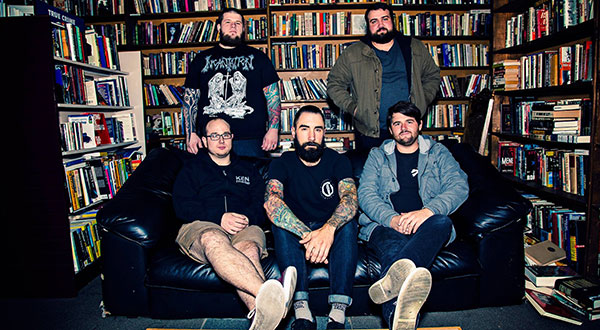 Are you familiar with Boulder, Colorado quintet Call Of The Void? Originally called Ironhorse, the band changed their name shortly after signing with Relapse Records in late-2012. Anyway, they play metallic hardcore with extra helpings of crust, sludge, grind, and groove metal. Cool, right?

On February 10, Call Of The Void will release a new album through Relapse titled Ageless. The effort was recorded and mixed by Andy Patterson (Subrosa, Eagle Twin, Gaza) and mastered by Brad Boatright (Tragedy, From Ashes Rise, Integrity). We think you're going to dig it. Don't believe us? Check out the LP's title track below via our exclusive stream.

While your eardrums are being assaulted, pick up the new album here. And we've heard they sound even better live, so don't forget to check them out on tour next month with Enabler.


Tags: Call of the Void

Just enough dynamics to keep it a solid listen all the way through and I am actually kind of bored of the metallic hardcore genre but this I can get into and want to hear more!